Is Deno the new Node?🦕 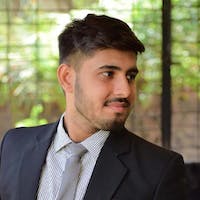 So In 2018, Ryan Dahl (the creator of Node.js) issued “10 Things I Regret About Node.js” in JSConf , He goes on including several regrets about design he took over Node.js in 2009. Almost half of his talk, he showed us an experimental prototype called Deno successor of Nodejs which aimed to fix previous problems.

Deno v1.0 has launched and I think that it may be on the right track to replace Node.js in the future.

Deno is a secure runtime for JavaScript and TypeScript. Imagine if you could write TypeScript without any config files, and bundle it all together into a single ES Module where both the TypeScript support and bundler are present in the core. That’s what it feels like when you get started with Deno.

It’s a modern and secure runtime for JavaScript and TypeScript that uses V8 and is built in Rust. Whereas Node.js is written in C++ and JavaScript.

Fun fact: Deno is an anagram of Node. If you sort() node it becomes deno🦕.

Deno has some interesting features

What are the main issues with Node.js?

Let's get started with installing Deno

Now check if deno was installed by running the deno --version command in your terminal.

This results into permission error

This is because deno allows you to control the granularity of permissions. To run above application you need set some flags indicating deno that particular permission are allowed.

Now open up your browser at localhost:8000. You will be see the Hello World text. Okay this was just a basic demonstration of how you could create simple http server using deno.

I have created User REST API in deno feel free to check it out here. Clone the Repo and play around. Contribution are always welcome🎉

There's still a long time until Deno reaches a production-ready state, but I think it’s on the right path in order to be a better Javascript runtime than Node.js🔥. Thanks for reading! 👋👋